With the new school year well under way many new parents are being introduced to the world of phonics and the all the technical language associated with it. So we thought we would take this opportunity to demystify some of that technical language.

Phonemic awareness is our ability to split words into their smallest sound units (individual phonemes) and to manipulate these sounds through segmentation, blending, substitution, re-ordering and deletion. This is based on what we hear and say, not the written word.

These are developed further later on when phonics is introduced, sound to letter association.

Good phonemic awareness is the vital skill required before phonics can be introduced successfully as a tool for learning to read and spell. 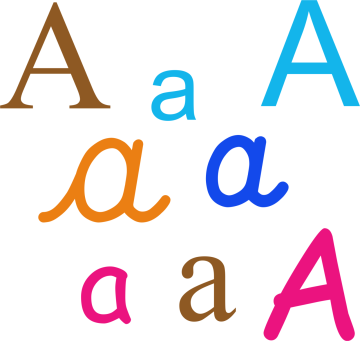 On our Teach Phonics website, and as part of our Teach Handwriting Scheme and website, children are taught the letter names. Some schools, teacher and parents still seem to be concerned that this is not consistent with the teaching of phonics.

A myth which seems to have become popular, since the introduction of phonics into schools, is that children should not be taught the alphabet letter names as they find it too confusing. However, there is no evidence to suggest this is true. The Independent review of the teaching of early reading, final report, Jim Rose March 2006 states:

Given that children will meet many instances outside, as well as within, their settings and schools where letter names are used, it makes sense to teach them within the programme of early phonic work.

It appears that the distinction between a letter name and a letter sound is easily understood by the majority of children.” (Page 26)

‘…children expect things to have names and are accustomed to rapidly acquiring the names of things.’ (Independent review of the teaching of early reading’ final report, Jim Rose March 2006, page 27.)

Learning the unique letter names of the alphabet is a pre-phonics skill; as well as an early learning goal. It has to be remembered that a letter is a shape which only represents a sound when it is placed within a word or sentence. Also a letter or combination of letters can represent more than one sound and so the only unique way of identifying alphabet letters when we talk about them is to use their names.

Learning the correct letter names helps to reinforce that when talking about the letter ‘a’ (ay) for example it has a set shape regardless of the sound that it will be representing in the word. This further supports children’s handwriting development as the communication of your requirements is unambiguous.

One of the first things we like a child to be able to write correctly is their name, however most names are impossible to spell using the simple phonics code taught to young children. A name does not have to be long in length to be phonetically difficult to spell such as Christopher or Charlotte. Shorter names such as Lucy or Liam also cause a problem.

The only logical answer I suggest is to use the letter names until a child has been introduced to the more complex phonics coding system. 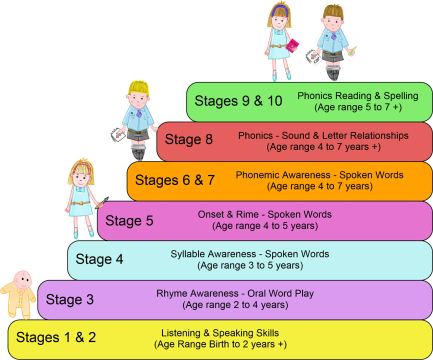 With more and more expected of our pre-school and 4 to 7 year old children it can be difficult to know what the realistic age appropriate skills are in relation to phonics.

In fact, phonics is only part of the story starting in stage 8 of 10 of a child’s phonological awareness development.

Stage 1 to 7 of a child’s phonological awareness, what we refer to as pre-phonics skills, are the continual development of their understanding and knowledge of our spoken language as well as other communication forms, such as gestures, facial expressions, body language and social conventions.

Stage 8 to 10 of a child’s phonological awareness, the phonics reading and writing stages are the continual development of their understanding and knowledge for learning to reading and write.

As a child’s phonological awareness skills build on each stage, the age at which a child reaches them varies making it difficult to know how your child is doing.

In our ‘The Ten Stages of Phonological Awareness’ section of our website (https://www.teachphonics.co.uk/phonological-development.html ), we recognise this variation and use age ranges as a rough guide to help you understand where your child is in their phonological awareness skills.

By clicking on the various stages of phonological awareness you will find appropriate age range information, advice and activities to support your child. Try not to jump a stage as each one is important in unlocking the knowledge and skills for the stage above. 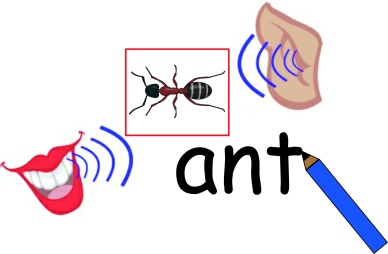 With the new school year under way some of you will have been introduced to phonics for the first time.

Phonics is the simple process of linking sounds to letters, its complexity comes from how many sound (phoneme) to letter (grapheme) combinations there are. So, to be good at phonics a child needs to know the 44 sounds and numerous letter and letter combinations of English and then learn the associations between the two.

Children can communicate orally from an early age; it is when they move to the written word that they need to learn how to decode text, to turn the letters into words they already know.

The theory supporting the teaching of reading using phonics, especially synthetic phonics, is that if a child can decode a word by associating individual sounds to a letter or combination of letters they will then be able to blend those sounds together to form and say the word.

Once a word has been spoken they will extract its meaning by using their far more extensive spoken language comprehension. Children are therefore using the same mental processes to understand written text and speech.