With the new school year under way some of you will have been introduced to phonics for the first time. Phonics is a very useful decoding tool used for developing reading skills and as an encoding tool for spelling.

Phonics is the simple process of linking sounds to letters, its complexity comes from how many sound (phoneme) to letter (grapheme) combinations there are. So, to be good at phonics a child needs to know the 44 sounds and numerous letter and letter combinations of English and then learn the associations between the two.

Children can communicate orally from an early age; it is when they move to the written word that they need to learn how to decode text, to turn the letters into words they already know.

The theory supporting the teaching of reading using phonics, especially synthetic phonics, is that if a child can decode a word by associating individual sounds to a letter or combination of letters they will then be able to blend those sounds together to form and say the word.

Once a word has been spoken they will extract its meaning by using their far more extensive spoken language comprehension. Children are therefore using the same mental processes to understand written text and speech.

After the long school summer holiday it is always good to take some time to check your child has not slipped back.

Playing some simple letter name and sound games can really help get your child (and you) back into school mode.

If you are not sure of all the sounds a letter, or combination of letters, can represent then use our Alphabet Keyboard to help you find the sounds (phonemes).

Cooking is a great fun way to practise getting both hands to work together. This helps to develop coordination, hand and finger strength and dexterity skills; all skills required for handwriting. However, it is amazing how much talk can come from this as well, not just at the time with you, but when they share the day’s experience with others later on (developing their phonological awareness).

An added benefit at this time of year is that you can do ‘Pick Your Own’. Getting out and about and encouraging your child to pick their own fruit is not only great fun but another sneaky way of working on their hand and finger strength.

There are so many recipes, especially on line, for making quick easy great tasting food.

So, if the sun is shining, or it is just not raining, get out there find your local ‘Pick Your Own’ and get cooking! 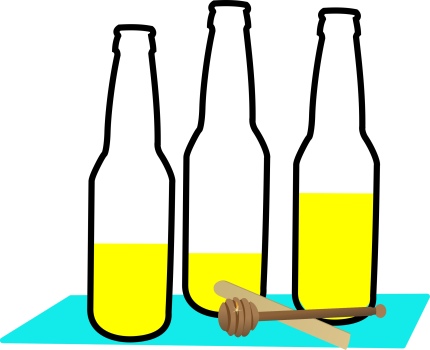 These games are designed to help a child learn about the different levels of sound, pitch, tone and volume.

Try organizing the bottles in order of pitch to create a musical instrument and using this as part of the Orchestral Conductor game. You could number each bottle or use a different picture on the bottle as a way of encouraging your child to play the bottles in different orders (making music).